The New President Of The Mining Association

Hello, come to consult our products ! 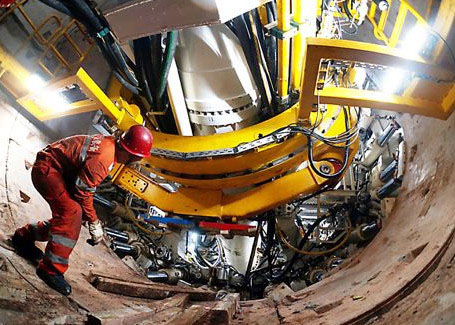 The Mining Association of Canada (MAC) is pleased to announce that Anne Marie Toutant, Vice President, Fort Hills Operations, Suncor Energy Inc., has been elected Chair of MAC for the next two-year term.

"We're incredibly lucky to have Anne Marie at the helm of our association. For the past decade, she has made a tremendous contribution to MAC as a Board Director and has been a staunch supporter of our Towards

Sustainable Mininginitiative, helping it to become an award-winning and globally-recognised sustainability standard. I have no doubt that MAC and its members will benefit greatly from her expertise in her new role as Chair," stated Pierre Gratton, President and CEO, MAC.

"We would like to thank Bob Steane for his leadership over the past two years, which was no easy feat given the economic challenges facing the industry during much of his tenure. However, he stepped up to the challenge and helped MAC and the wider Canadian mining industry navigate through the uncertainty, setting us on the right direction," added Mr. Gratton.
Ms. Toutant has been an active member of MAC for many years, having served as a Board Director since 2007. She is also a member of MAC's Executive Committee, most recently in the position of First Vice-Chair. Ms.

Toutant also sits on the TSM Governance Team, which oversees the development and implementation of MAC's Towards Sustainable Mining® initiative.

"It's a privilege to be elected by my peers as Chair of the Mining Association of Canada. MAC and its members have important work to do to improve Canada's competitiveness as a mining jurisdiction, especially amidst the backdrop of important federal policy decisions that will shape our industry for years to come. I look forward to helping MAC and its members advocate for the elements the industry needs to facilitate sustainable growth in our sector, and to expand our contributions to communities in Canada and beyond," stated Ms. Toutant.

Ms. Toutant joined Suncor in 2004 as Vice President of Mining Operations, a position she held for seven years. In this role, she oversaw the consolidation of mining activities in the Millennium Mine, and the approval, development and opening of the North Steepbank Mine. She also oversaw the reclamation of the oil sands industry's first tailings pond to a solid surface (now known as Wapisiw Lookout). Between 2011 and 2015, Ms. Toutant served as Suncor's Vice President of Oil Sands & In Situ Optimisation and Integration. In late 2013, she was appointed Vice President of Suncor's Fort Hills Operations, a position she holds today. Prior to joining Suncor, Ms.

Toutant held operations and engineering leadership roles at several metallurgical and thermal coal mines in Alberta and Saskatchewan.
In addition to her role at MAC, Ms. Toutant is also a Fellow of the Canadian Institute of Mining, Metallurgy and Petroleum, and is a Board member of the Suncor Energy Foundation. She holds a Bachelor of Science in Mining Engineering from the University of Alberta.